“I am happy to report that Harper (who I have renamed Josephine – full name Josephine Harper Yuki) is doing AMAZINGLY. Already she is now queen of my heart and I am absolutely in love with her. She sleeps on my bed and literally hugs me. All day long she is by my side, cute and lovely.
I did, however, discover some historical evidence that she was abused. She had two small ropes pierced into the skin at the side of her neck. The ropes were knotted into rings, almost as if she had been tied to something which them. At first they resembled small scars, but on closer inspection I realized that they were, as I said, ropes. They were definitely not stitches, as I first wondered. I am a virobacteriologist and I was concerned that these ropes were going to rot and lead to sepsis, should they be torn away or get caught on anything. I proceeded to cut them, gently remove them, then sterilize the surrounding skin as per surgical protocol. The piercings had healed and there was no broken skin, and she did not seem to be in any pain at all.
I also noticed that she is missing her upper left canine tooth and several tiny molars. Being an animal activist myself, and having read about the horrible torture that many galgos are subjected to, I wonder if she escaped something awful…and am so glad that she did. ♥️
Despite that, though, the newly named Josephine is doing wonderfully! She learned her name in just one day, and has now picked up a selection of doggy nicknames including Pineapple, Josie Long Legs, and Slinky Malinky. She loves her walks, running along the river on her leash, and taking rides in my car. She has also developed an incredibly cute grin, which melts me every time. I mean…you simply cannot do anything but ADORE her!! She is the cutest, kindest, most sensitive dog I’ve ever met. She makes me laugh on a daily, too – she likes to contort herself into the weirdest sleeping positions. They literally cannot be comfortable! 😂 She also enjoys lying on the incredibly cold and hard bathroom floor…even though there is a soft bed nearby!! 😅 She is such a sweetheart, and a total goofball. She is also really smart and is now learning some little tricks which she seems to find fun! I love my 100-mile-an-hour couch potato. 🐕 🛋🥔
I’m glad to hear that she was in a foster home for a while – it definitely shows in her temperament. She seems very adapted to life with people. She also loved my mom, who visited recently to meet her! It’s just Josephine and me right now, but in August she will be meeting my boyfriend, Sean, and his dog, Aaron, too. I can’t wait!
I’ve attached some pics!
Thanks so much, Esme Jay 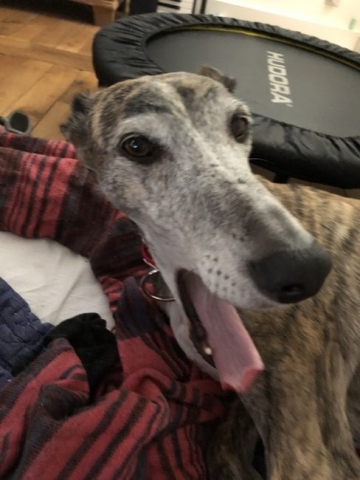 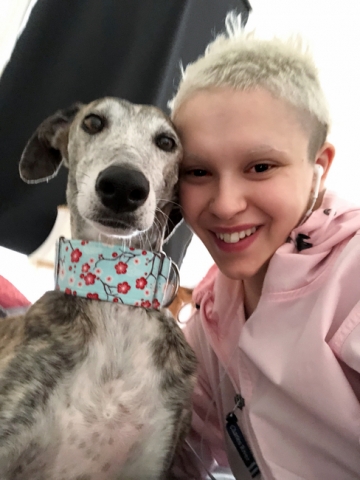 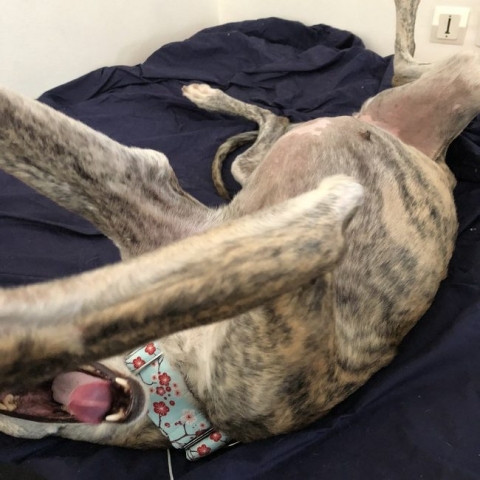 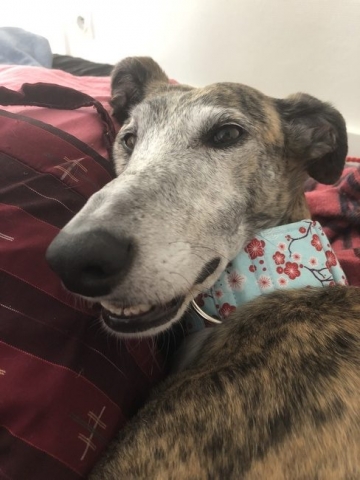 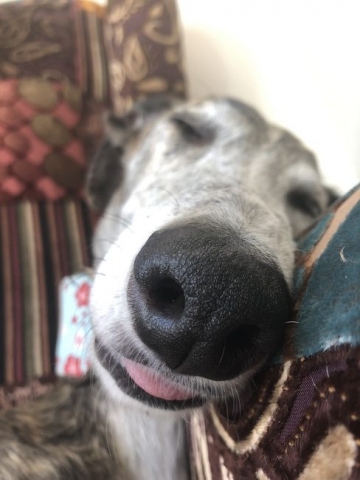 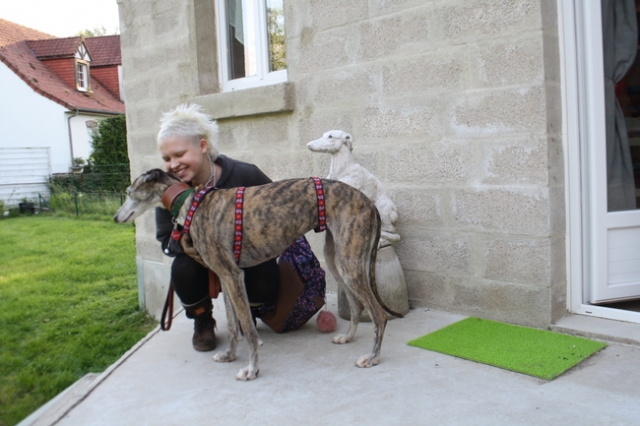 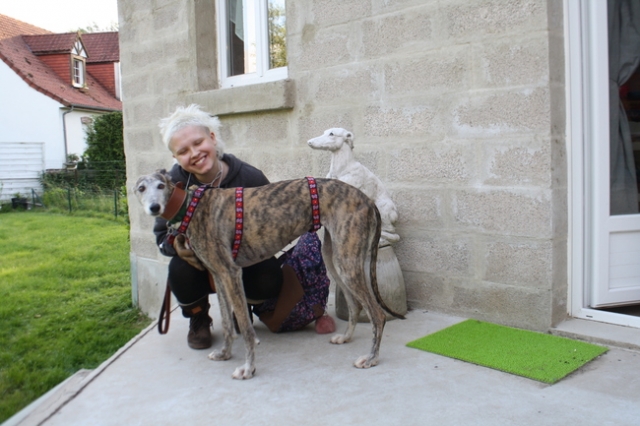